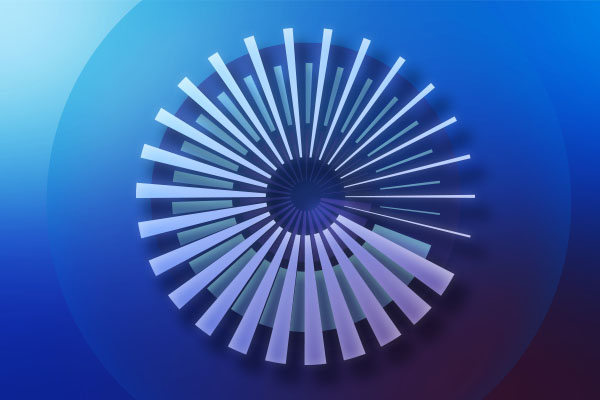 This year’s opening of the Growth Awards ceremony, which took place on Tuesday 1st November, in the Peristyle of the Zappeion Megaron on Tuesday November 1, 2022 and was addressed by the Minister of Development & Investment, Mr. Adonis Georgiadis, was announced by the Chairman of the Board of Directors of Eurobank, Mr. George Zanias. The event was honored with the presence of the Minister of Finance, Mr. Christos Staikouras, many distinguished businessmen and academics as well as senior executives of the Bank and Grant Thornton.

The six companies, each receiving one award per category, were selected by the 20-member Growth Awards 2021 Committee chaired jointly by the Chairman of the Board of Directors of Eurobank, Mr. George Zanias and the Managing Partner of Grant Thornton, Mr. Vassilios Kazas. The keynote speaker of the event was Mrs. Marina Hatsopoulos, Board Chair of Levitronix Technologies and President of Hellenic Innovation Network, and MIT Corporation Visiting Committee for the Department of Mechanical Engineering. The event, which was broadcasted, was coordinated by the journalist Mrs. Niki Lymperaki.

The Minister of Development & Investment, Mr. Adonis Georgiadis, representing the Prime Minister, Mr. Kyriakos Mitsotakis, underlined that “The Growth Awards have conquered the first place in the business and investment community in terms of prestige, high – level criteria in the winners’ selection process and consolidation of a healthy business climate”. He highlighted what he described as “a strong performance of the Greek economy”, stressing the triple strong record of foreign direct investment, exports and tourism receipts that will lead this year to a growth rate of "close to 6%" of GDP, one of the highest in Europe”. He, also, added that Greek economy will continue to grow in 2023.

This year, for the first time, the Start - up / Scale - up business category was included in the awards, underlining the expanding value that the start-up ecosystem adds to Greek entrepreneurship. The award was presented by the Minister of Finance, Mr. Christos Staikouras, who stated, among other that: "I would like to congratulate Eurobank and Grant Thornton for this excellent initiative to reward business excellence. Through Growth Awards the increased resilience, the great potential and the positive prospects of Greek economy are being highlighted. The Government has proven that even in turbulent waters, it guides the "national ship" - with prudence, stability, safety, and confidence - to its destination. We will continue on the same path, all together, based on the same principles and values.”.

The Chairman of Eurobank’s Board of Directors, Mr. George Zanias, said: "In an era of successive crises, Growth Awards reward a new, competitive and entrepreneurial model, the development of which is at the top of the country's priorities. The companies awarded stood out by demonstrating resilience and ability to overcome challenges, and shape the conditions to achieve sustainable growth. Despite successive crises, the Greek economy maintains significant strength and records substantial, real investment, not only in traditionally strong sectors but also in new and innovative fields. At the same time, the state of play in the Greek economy comes as a positive surprise compared to the rest of the European economies, due to the fact that Greek entrepreneurship makes the most of the significant reform progress in the country, among other things. Eurobank, with all its strengths, steadily stands by the side of healthy entrepreneurship that persistently overcomes challenges and pioneers pursuing prosperity and sustainable employment.”.

In his statement, Mr. Vassilios Kazas, Managing Partner of Grant Thornton, stated the following: "Tonight, for yet another year, we are awarding the entities, whose on-going growth shapes the future of entrepreneurship. Nowadays, when resilience and adaptability are essential assets ensuring each entity’s viability, advancement is a unique feature shared by only few organizations. For sixth consecutive year Grant Thornton and Eurobank are content to see companies, embracing the Growth Awards - an institution that supports and rewards the businesses capable of combining success with their ability to shape the future landscape of the Greek entrepreneurship. This ability, after all, can serve as an inspiration for the entire Greek business landscape, because continuous growth is a feature characterizing every forward-looking organization. Therefore, we will continue to firmly support the entrepreneurship protagonists that boost growth throughout domestic economy and serve as inspiration for every healthy organization.”.

The central speaker at the event Mrs. Marina Hatsopoulos stressed among other things “All is going well. If things stayed the same, all would be great. But nothing stays the same. What successful businesses have in common is how they foresee and react to changes in society, using market disruptions to create opportunity. To do this, the CEO must have eyes and ears open to what’s new, by creating a culture which fosters healthy debate from diverse perspectives, thereby leading the market in obsoleting their own products”.

As part of the event, the team of Grant Thornton, led by Mr. Manolis Michalios, Partner, Head of Assurance, presented the results of the analysis for Greek business today. Grant Thornton's annual survey of Greek companies reflects the expectations of Greek entrepreneurs for their business growth, in terms of turnover, profitability and investments, as well as for the wider economic conditions in the forthcoming months. The survey, also, records the challenges faced by companies, such as the increase in production costs and the potential decrease in demand due to inflation, while also analyzing the different strategies businesses plan to implement in the near future. Commenting on the findings of the survey, Mr. M. Michalios stated the following: "It is obvious that the events taking place in the last six months have adversely affected the rate of optimism among the Greek businesses, since the indicators of expectations for both businesses and the course of the economy recorded a decline. However, the growth evidenced in 2021, in line with the appropriate investments, constitute a significant asset for the entities, facilitating them to maintain an upward trajectory. The concept of advancement is now added to the concepts of resilience and adaptability, thus composing a triptych of the features that can ensure the future success of the Greek entrepreneurship. The Growth Awards will go on as enthusiastically as always identifying and recognizing, the companies that share the above-mentioned features, always looking towards the future.".

The awards were presented by members of the Growth Awards 2022 Committee and the two Presidents, Mr. G. Zanias Mr. V. Kazas. The six (6) companies and the corresponding categories were:

The winners are selected by extracting information from the published financial statements for more than 8,000 companies operating in Greece, based on key financial indicators and qualitative characteristics. 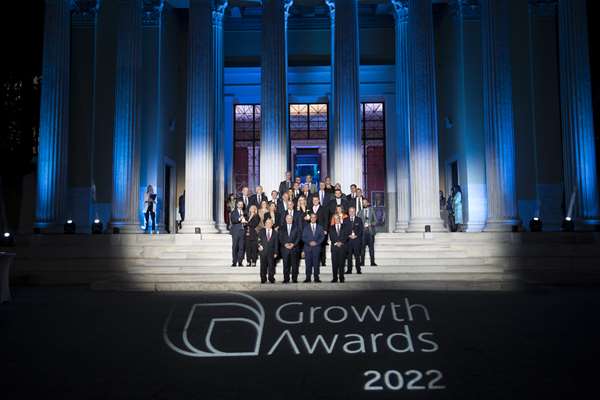 In the group photo, the winners of the Growth Awards 2022. In the first row are the Minister of Finance, Mr. Christos Staikouras, the Chairman of the Board of Directors of Eurobank, Mr. Georgios Zanias and the Managing Partner of Grant Thornton, Mr. Vassilios Kazas.