“Greek athletes are an example to us all, with many common values.”
We stand by the Men's National Basketball Team in their effort to qualify for the Tokyo 2020 Olympics and the 2021 European Basketball Championship. We offer them essential support with steady, long-term sponsorships.

We have been the Major Sponsor of the Greece Basketball Teams since 2001. It is the longest running sponsorship in Greek sports and one of the longest in Europe.

As Major Sponsor, once again this year we supported the Men’s National Basketball Team in their effort to reach the top of the FIBA World Cup 2019 in China.

Follow the National Basketball Team on Facebook and keep up with the progress of all the national teams at major competitions.

We actively support our athletes as they painstakingly prepare for major competitions. In addition to sponsoring Greek basketball, Eurobank is the Gold sponsor of the Olympic sailing duo Panagiotis Mantis and Pavlos Kagialis since 2017.

We stand by Greek athletes who train with diligence and ethos. We support them in their efforts to outdo themselves. We share their joys and sorrows throughout their sporting careers.

With our sponsorship for Greek basketball, we have been supporting all the National Basketball Teams since 2001. During this time they have earned 24 medals including:

We are supporting the Greek sailing duo and Rio 2016 Olympic champions Panagiotis Mantis and Pavlos Kagialis in their endeavours towards the Tokyo 2020 Olympics in the men’s 470 sailing class.

With our support Spyros Gianniotis won the silver medal in the 10 km marathon swim at the 2016 Olympic Games in Rio. In 2015, Spyros had also landed the bronze in the 10 km open water race at the FINA World Aquatics Championship.

We sponsored Spyros Gianniotis as part of the “Adopt an Athlete on their Way to Rio 2016” campaign launched by the Hellenic Olympic Committee.

We also sponsored the Greek sailing champion Sofia Bekatorou from 2001 to 2016. Sofia was the first female flag bearer for Greece in the history of Summer Olympics. She made us proud with her amazing career successes. She is a two-time Olympic champion, having won a gold and a bronze.

We build on our values

Sports represent important values for us; for this reason, they form a fundamental part of the Eurobank Corporate Social Responsibility initiatives. We believe that:

We carry on strong

We support the sailing duo Panagiotis Mantis and Pavlos Kagialis, who represent the values of Eurobank: ethos, perseverance and dedication to one’s target.

We also encourage budding athletes who compete with ethos. They lead by example due to their persistence and determination. 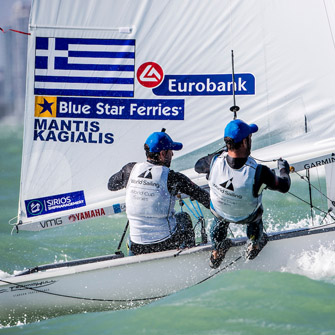 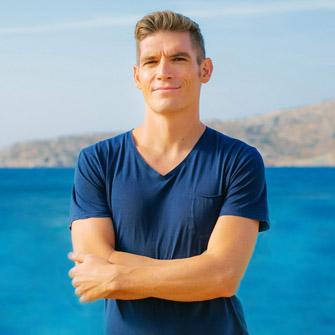 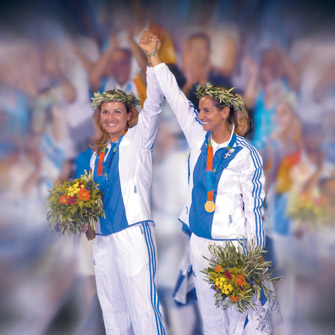 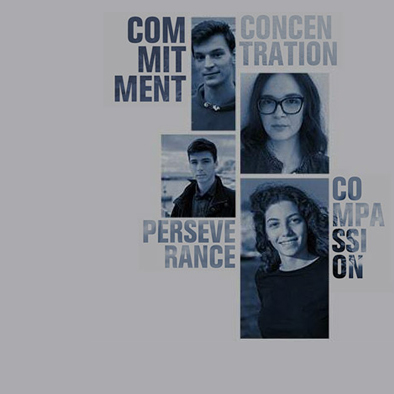 Through The Great Moment for Education initiative we reward the students who...

We sponsor CTY Greece, which offers scholarships to gifted students.