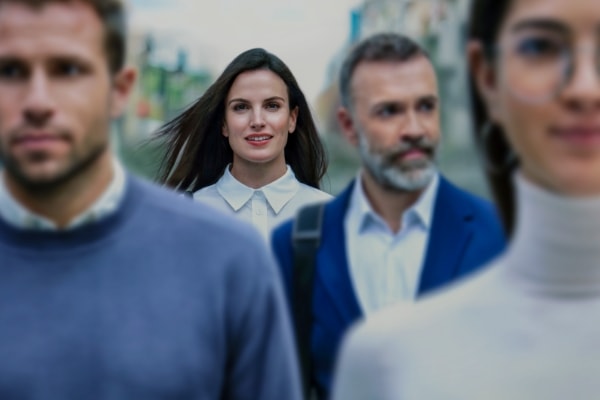 Pioneer of A New Era

Eurobank’s top management presented today a new perception that will define banking operation and services in the new era. “EUROBANK 2030 | The Bank for Development” leads the way, introduces a new model to the Greek market and invests in Human - Technology – Sustainability,  through a combination of cutting edge technology and the expertise of its highly experienced and well - trained staff, supporting the national effort to achieve sustainable and inclusive growth.

Mr. George Zanias, Eurobank’s Chairman of the Board of Directors, the Bank’s Chief Executive Officer, Mr. Fokion Karavias, and the Bank’s Deputy CEOs Messrs. Andreas Athanasopoulos, Konstantinos Vassiliou, Stavros Ioannou, and Eurobank’s General Manager for Retail Banking, Mr Iakovos Giannaklis, presented the Banks’ new initiatives per pillar, the strategic plan for Eurobank’s transition to the new era and the new, upgraded, modern branches. The Bank’s decision to rebrand its corporate identity also emphasizes the importance placed by its management on the new economic cycle, highlighting the need for change in the modern era.

Eurobank’s Chairman, Mr. George Zanias, said that Greece is emerging from the crisis and enters a new period of rapid growth, fire powered by the significant European resources now available, the great opportunities in the Greek market, following the multi-year crisis, the gradual restoration of the country's credibility and the rich reform agenda, implemented in recent years. The Greek banking system consolidates and reorganizes to meet its developmental and social role. Eurobank is a pioneer of this new era as the bank achieving first the consolidation of its balance sheet, while it increases its organic profitability and transforms, driven by contemporary needs and challenges, with a firm focus on sustainable development and support to the society.

Eurobank’s CEO, Mr. Fokion Karavias, said: “Eurobank actively supports Greece’s major goals: sustainable and inclusive growth, returning into investment grade credit rating and shifting to a differentiated, investment-driven growth model. Eurobank’s financial results for the third quarter of 2021 are set to be a milestone not only for our but also for the entire Greek banking sector. Our NPE ratio falls below 7.5% for the first time since the outbreak of the Greek crisis. We are and will remain present in every large infrastructure project implemented in Greece. At the same time, we adopt a holistic approach in supporting smaller companies, aiming to help spread the benefits of growth. We champion a new concept in banking. Key to our transformation is our “phygital” model, one that combines cutting-edge technology with our staff’s expertise, in order to serve our customers, families and companies, large, medium and small alike, and contribute to improved prospects for the Greek economy and society.”

Mr. Konstantinos Vassiliou, Eurobank’s Deputy Chief Executive Officer, Head of Corporate & Investment Banking said that Eurobank's is committed to contribute towards consolidating sustainable growth for the economy, targeting to disbursements of over 5.5 billion euros over the next three years, 50% of which will be directed to companies that will incorporate strong ESG criteria in their investment plans. He stressed the need to seize the historic opportunity of the Recovery and Resilience Facility (RRF) and support key economic sectors such as Tourism, Shipping, Energy, Infrastructure, Real Estate, Industry & Manufacturing. It is estimated that a total investment of €32 billion will be made in these sectors over the next three years.

Mr. Stavros Ioannou, Deputy Chief Executive Officer, Group Chief Operating Officer & Head of International Activities, underlined Eurobank’s constant pursuit for pioneering and its target to establish itself as the simplest, digitized Bank in Greece and SE Europe with investment over 200 million euros per a three – year - period. With the percentage of transactions through digital channels now exceeding 90%, the Bank takes advantage of each opportunity for innovation, utilizing advanced technology in order to provide seamless, secure services to its’ costumers, while improving the environmental footprint of its activity.

Mr. Iakovos Giannaklis, General Manager of Retail Banking, referred to the financing and consulting initiatives for smaller companies. He emphasized that since 2020, Eurobank has granted 14.000 loans, totaling of 1.3 billion euros, to companies with a turnover of up to 5 million euros, having approved 82% of loan applications submitted in 2021. The aim is to take advantage of the large opportunities arising from the availability of European and Greek programs for companies of this scale. In this direction, the Bank develops strategic partnerships, among others, with Infoquest Technologies for the utilization of Microsoft solutions, with Epsilon Net for the digital transition as well as with third party networks such as accounting offices to facilitate companies’ access to financing.

***Health protocols were fully respected throughout the process including providing PCR test to all participants.*** 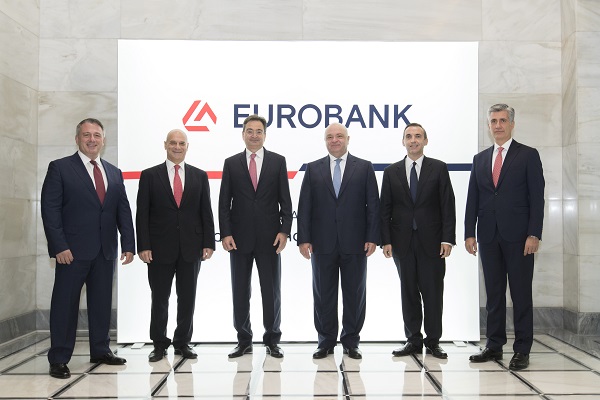