Eurobank’s top management held today a lunch in honor of Professor Muhammad Yunus, Nobel Peace Prize  laureate in 2006 and a pioneer in promoting economic and social development through micro – financing.

“It is a special honor to welcome a leading intellectual and banker and a pioneer in social economy” said Eurobank’s Chief Executive Officer, Mr. Fokion Karavias. “Professor Yunus showed that even a small amount of well targeted financial support can change the lives of people, communities and societies. We are committed in promoting the idea of micro-financing as one of Eurobank’s core social responsibility actions”.

Mr. Yunus stated: “Credit is like economic oxygen. If you don’t have it you can’t breathe in the economic world. Providing credit to people who don’t have access to it, creates immediate opportunities for them to becoming economically active and productive. Past experience across the world has shown that microcredit borrowers, who are mostly women, are as successful as any other entrepreneurs, may be even better. Much has been achieved through micro - lending but we should focus not on how many poor people have been reached by it, rather we should focus on how many are yet to be reached. That still remains to be a staggering number. We welcome all who share our values and join us in making finance accessible to all people, to create a world free from poverty."

Mr. Yunus, known as the “banker to the poorest of the poor” founded Grameen Bank in Bangladesh in 1983 highlighting the importance of microcredit as an effective tool to cope with poverty, through the provision of small loans, under favorable terms, to people who have difficulty in getting access to finance. Due to his multi-year efforts and the trend he created by founding Grameen Bank and activating a global practice that spread to more than 100 countries, he has received many international honors and the Nobel Peace Prize in 2006.

Eurobank, in the context of its strategy to support healthy entrepreneurship at all stages of its development has integrated micro – financing, contributing to the creation of significant opportunities for many self-employed and many small businesses, especially in current circumstances for the Greek economy and the need for new job creation.

Mr. Jean-Luc Perron, vice president of Convergences and of “Yunus Centre Paris”, Ms. Maria Nowak, founder of ADIE, a leading association in providing microfinance in France and internationally, Mr. Ted Petroulas, investor and member of AFI’s Board of Directors and officials of the two organizations participated in the working lunch. The Chairman of Eurobank’s Board of Directors Prof. George Zanias and Eurobank’s Deputy Chief Executive Officer Mr. Stavros Ioannou along with other Eurobank’s officials participated as well, on behalf of Eurobank.

Eurobank supports very small companies and self – employment and in this context it cooperates with AFI (Action Finance Initiative) while it has extended its cooperation with the European Investment Fund (EIF) with a new €10 million agreement aimed at financing micro – enterprises by the Bank under the European Union Programme for Employment and Social Innovation (EaSI). EIF provides guarantees to the Bank enabling the provision of loans up to €25,000 under favorable terms to cover working capital expenses and fixed assets acquisition, to Greek micro – borrowers (micro – enterprises, vulnerable social groups and self - employed), who face difficulty to access funding and the labor market. AFI, the Civil-law Non-Profit Company was founded in Greece in 2014 by ActionAid Hellas and ADIE, the French leading association in micro – financing in Europe, performs the pre-selection, training and mentoring of candidates while Eurobank does the credit check and controls the funding process.

Financing can be used to cover needs for:

Loans for investing in fixed assets (purchase of equipment, acquisition or repair of business premises etc.) 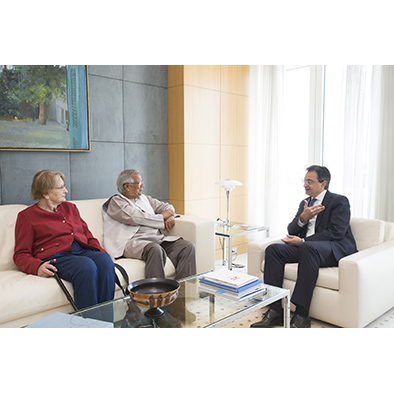 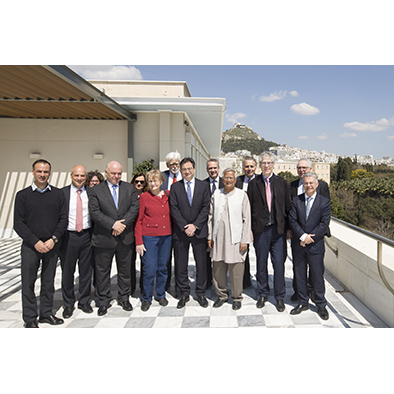