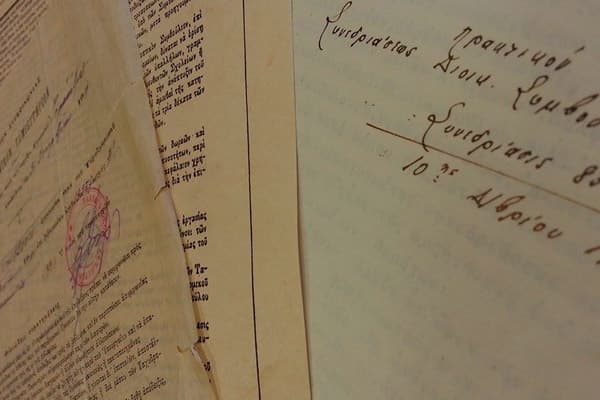 Archives from other banks

Archives from Eurobank financial merger partners.
The Eurobank Historical Archives have incorporated material from all the banks that have merged with Eurobank. Together they make up the Group's identity. The labelling and recording of the archives and collections from other banks are still at a very early stage.

Omega Bank SA was absorbed by Proton Bank SA in 2006.